skip to main | skip to sidebar

I have recorded another song, due to release for my upcoming album, or for other materials. I've created this song using Fruity Loop 8, which is an upgrade version of the previous Fruity Loop 7 XXL that I have used. I noticed quite a few changes. I like the Acoustic Guitar preset, but I hate that Master Limiter.

For "Fat Bastard", I used a very simple beat loop that can be created by anybody.. using Kick, Clap, Hat and Snare. I inserted another preset, which is "DirectWave". I modified quite a lot of settings in there, until I satisfied with it's "violin" sound. I have used violin sounds before, which is in my previous work, "Berguguran", but it doesn't come out as the main instrument of the song. However, "Fat Bastard" relies heavily on this "violin" sound for its melody. As for the mixer, I applied "Bass Booster" and accidentally using "Fruity Vocoder" for its Kick. Wow, it comes out pretty nice 'kick' in the ass!

The lyric, I made in just short of 10 minutes. Amazing huh? It's in English, that's why I'm speaking in English right now. Hehe. The whole song took me less than 3 hours to finish. The lyric is quite long, quite properly structured... contains very subtle and flowerish words I have ever used! However, beware of its vulgar words. I have produced a 'clean' version. I can't tell you what this song is all about, but I can tell you, people with bigger butt, waistline and too many sticky fatty tissues in their body can relate themselves to this song. Feel insulted? Well, I wrote this song about me - and you too, you 'fat bastard'. Gotcha! Hehe.

Oh.. one song
Yeah.. this song is for you
Second time.. listen to this
You know what.. uh

I was just feeling honky-donkey
You are not my tasty honey
But I was forced by myself, my lust
My heart said it will be my first, my last

I have written one song for you
This time will be the second and the last too
Your surname doesn't sound like Jimmy Choo
But the double, oh, can be replaced, I am... ooh

(Chorus)
You know what,
This is not right,
Sure he'll bang me right,
Like the dark knight,
You held me tight,
You squeeze my might,
I wanna go fight,
Like amber in the light,
Uh, swerve my stride,
But you taste it right,
You're not the first to ride.
My plight, I hide my wide pride,
I bride, un-bright all the light.

(Verse 2)
Remember get together I wrote for you
I really love that song, I've shown him too
He didn't feel anything wrong by it
He even asked me, what a pile of shit

(Chorus)
You know what,
This is not right,
Sure he'll bang me right,
Like the dark knight,
You held me tight,
You squeeze my might,
I wanna go fight,
Like amber in the light,
Uh, swerve my stride,
But you taste it right,
You're not the first to ride.
My plight, I hide my wide pride,
I bride, un-bright all the light.

(Bridge)
Yeah... This is not my tradition
You can ask my parents how much I earned
You'll be surprised that I'm not that rich
Instead I'm poorer than hooker, bitch

(Verse 3)
This low line, directly, my waist line
It's invisible, you see, chaser's shrine
It bounces like a baloon got shocked in the sky
I wanna know how much you wanna try

Me, you're maybe my thirty-third
It might sound cocky and absurd
Be sold, in the market, I'm sold
To someone that has fucked after it bought

I maybe a choke, u said I gotta trim that bulk
I said to him, highway bypass, he sulked
You know how hard to be someone like me
Have to be something, I don't wanna be

You see... I look healthy
I look wealthy.. but you don't know how much I earned
You'll be surprised that I'm poor
Baby, you know me uh...
Posted by Muntzic at 2:31 AM 0 comments 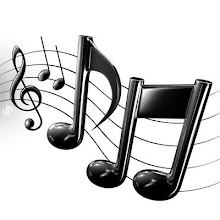 Maybe you're wondering, what is Muntzic? What does it stand for? OK, let me tell you. It comes from two words: Muntz & Music. "Muntz" is my forum nickname, be it CARI or Kaskus or whatever forum I participated, I use this nickname. "Music" is what this blog meant for, a collection of my home-made music, or a cover that I've done. Enjoy your time here!